The Almacen – or Garage

We decided that the first stage in developing and building the house would be to get all of the services in place. This means that we need to build the solar farm,  bring the water from about a mile and a half away and build a workshop/garage (almacen in Spanish). 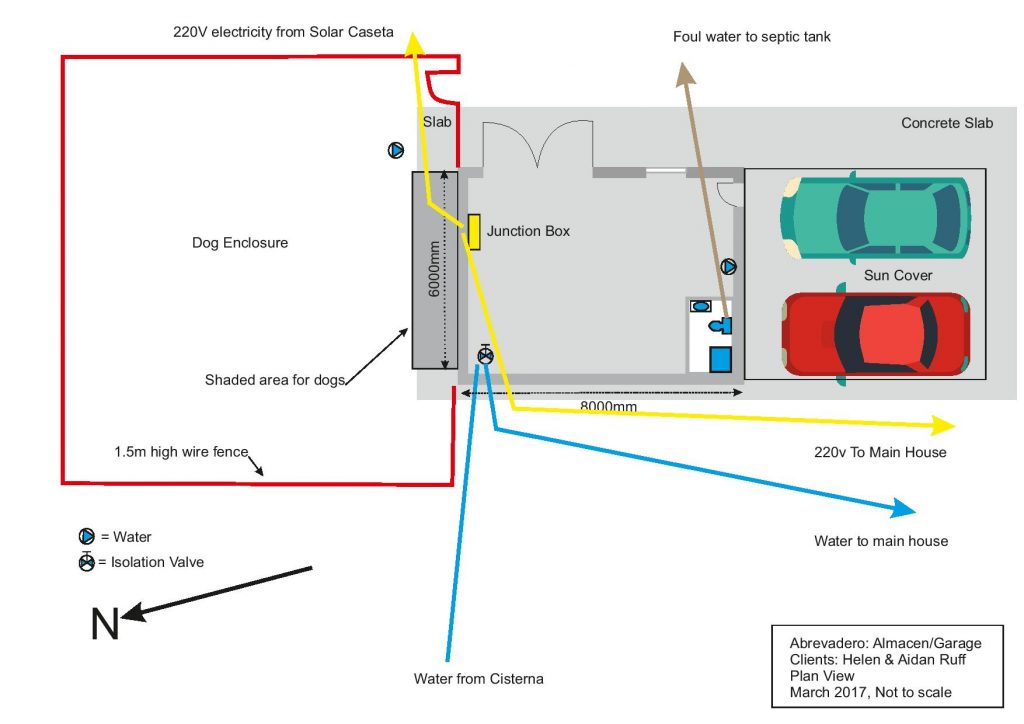 If you have looked at my omegaman.net blog, you’ll know that I am a confirmed tinkerer and, as such, I just need a workshop. So, the plan this summer is to install the solar system, bring in the water, dig in a septic tank and build an alamcen. So, power and water in, poo and wee out!

The Great Plan indicates that we’ll be going down this summer to start laying out the foundations of the main house and to get to know the land a bit better. So, we could simply stay in a hotel or even rent a house, but where’s the fun in that?  The answer is staring us in the face, we’ll make the almacen habitable. Seemples?

You can see on the plan that there’s a shower and a loo in the corner of the almacen. Next to it is a tap which will probably end up being a simple kitchen sink with a table next to it to take a small 2-ring, electric cooker and a benchtop oven/microwave. Add in a barbeque and that’s pretty much all you need for a few weeks of summer living in the sun. Oh, and wine of  course.

Well, somewhere to sleep would also be nice. So, up in the roof of the alamcen will be a wooden mezzanine floor where we can put a bed. 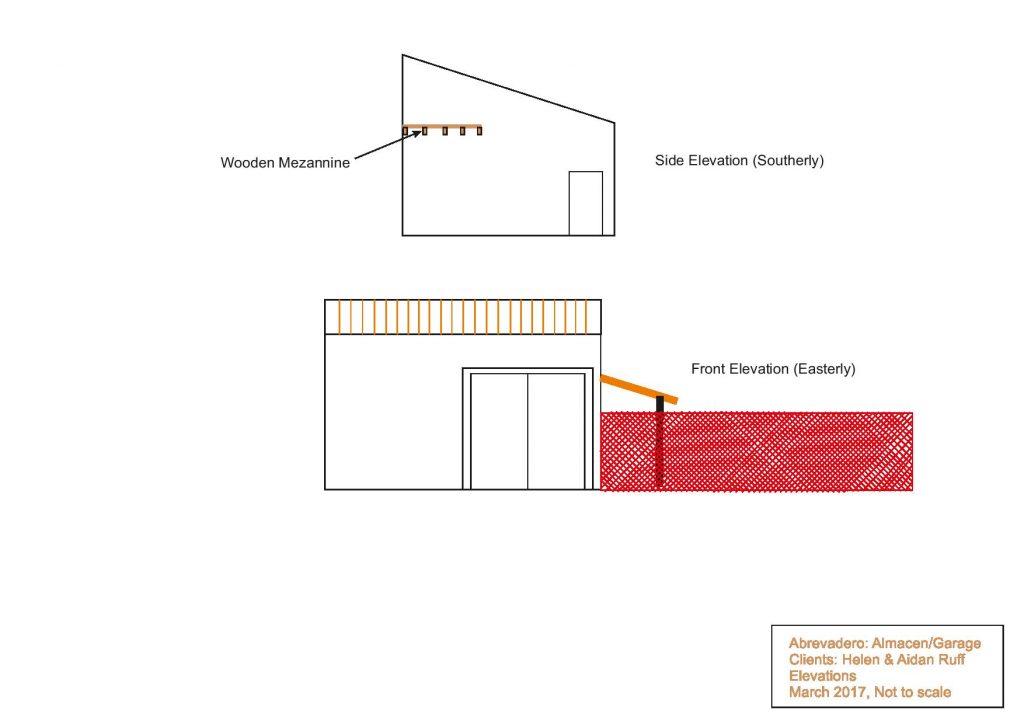 Of course, even in the mountains of Aragon (doesn’t that sound very Lord-Of-The-Rings-ish?) it gets a tad hot in the height of the summer, so I’ve found a great reversible aircon unit surplus on Ebay. It’s a variation on the type you used to see in the USA and the Far East, where it’s jammed into an open window and just plugged into a power socket.

It’s quite a meaty unit, intended for larger rooms and will also heat as well as cool, so when we’re there in the winter and I feel the need to build something, I’ll be able to heat the alamcen as well as cool it in the summer. 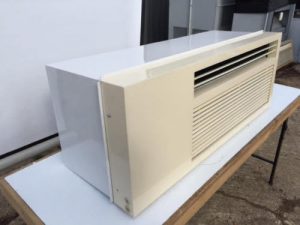 The power consumption is about 900W for 3.2KW of heating or cooling, so the solar and battery system should have no problems running it 24/7.

Our architect, Manel, is taking our ideas and translating them into something acceptable to the local council, or ayuntamento. The aparejador is doing the structural calculations at the moment so that we can do the submission. From what I gather,  “aparejador” means “rigger”. However, in the building context, I think that it means “structural engineer”. When we build in the UK, we also need to do the structural calculations to ensure that stuff doesn’t fall down and I guess that, despite some of the popular Holiday-Homes-From-Hell programs on TV, they do the same thing in Spain. Fingers crossed…

One final element is the dog pen. This means that we can take our eight dogs – six chiahuahuas called Bolly (the mum), Gizmo, Juju, Livvy, Casper and last, and very much the least, Coco. Travelling with us will also be our two wolfhounds, Otto and Bertie.

The dog pen will give us a bit of peace of mind when we go out, so that at least we know that the wolfhounds won’t be running off chasing wild ibex over the cliffs and that the little dogs won’t be taken by any of the local raptors. We’re thinking about investing in kevlar jackets for the chiahuahuas.

We’ve rented a house for a week in early May, after our local elections, but before the recently announced General Election in the UK. So, we’re going out to organise the building of the alamcen and catch up with some new friends that we’ve made who are about 9 months ahead of us in the construction process. I’m looking forwards to seeing how they are progressing.